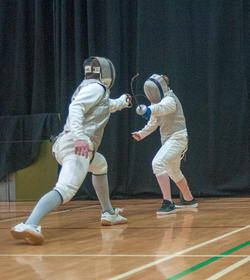 Our Club Championships for the 2018 season started with the Under 18 Foil Championship on Tuesday Feb 27th at the Clickimin.

Some of our younger fencers who are still in the U13 age group, entered this event for experience and really pushed the older fencers.

Rounds of poules were fenced so that all the fencers could be seeded for the direct elimination rounds.  Max Orr,  topped the seedings after the poules, whilst Murray Todd, just 11, came second ahead of the other older fencers, Faye Perry, 18, Henry Hyndman, 17 and Kieran Whyte, 14.

The knockout stages proved fascinating as 2 of the younger fencers, Murray and James, made it to the last 4 ( semi final). The other semi final was between Max and Henry.

James proved just the stronger against Murray winning narrowly 9 - 7 when time was called.

Max made it through to the final coming out ahead of Henry.

Thanks to our various volunteer photographers who handed round Phil's camera, some great shots. Not sure how Amelie, Jonathn and  kieran seeemed to hide from all of them.

All the youngsters competed very well against older opposition, but when it came down to the final, Max was too experienced for James and ran out the winner. Next week the club holds its epee event, - using different weapons and rules.  The growing number of our younger fencers can now look forward to our U13 foil event in May. 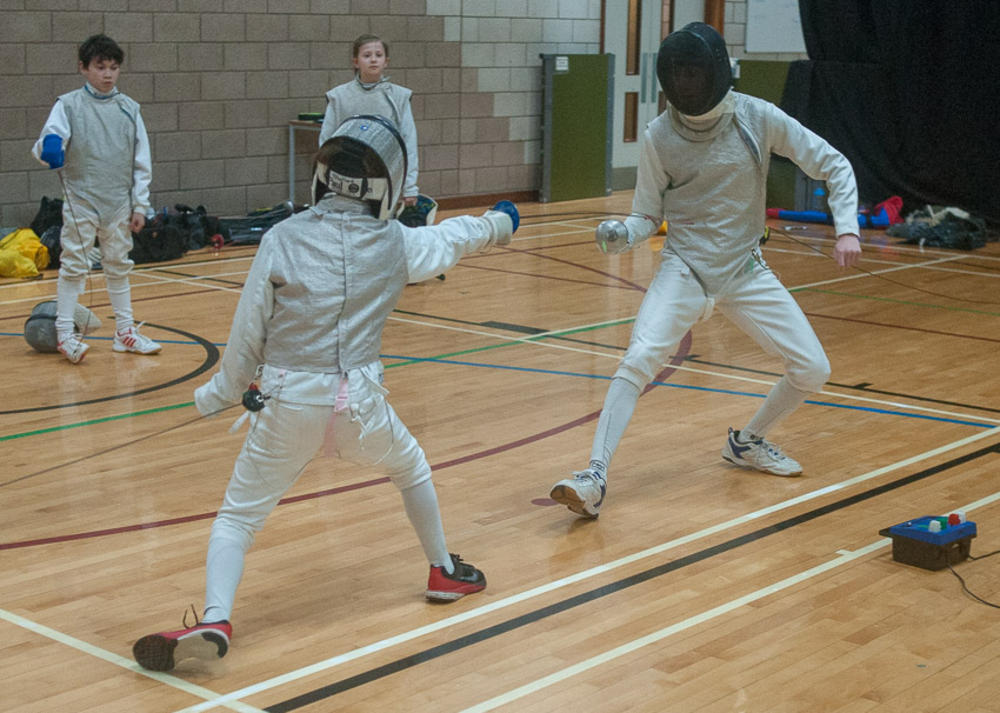 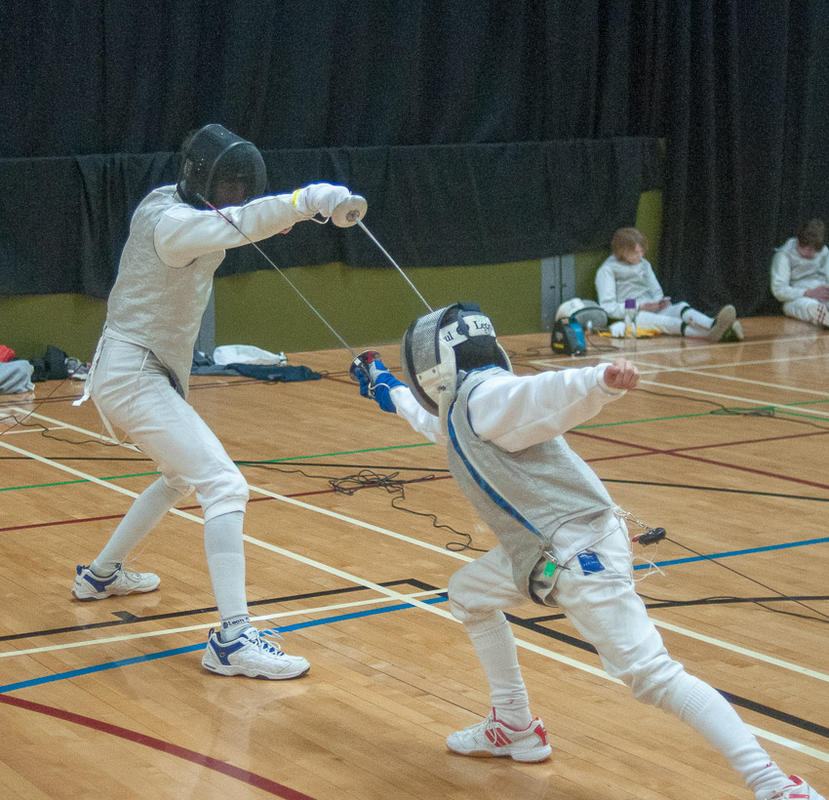 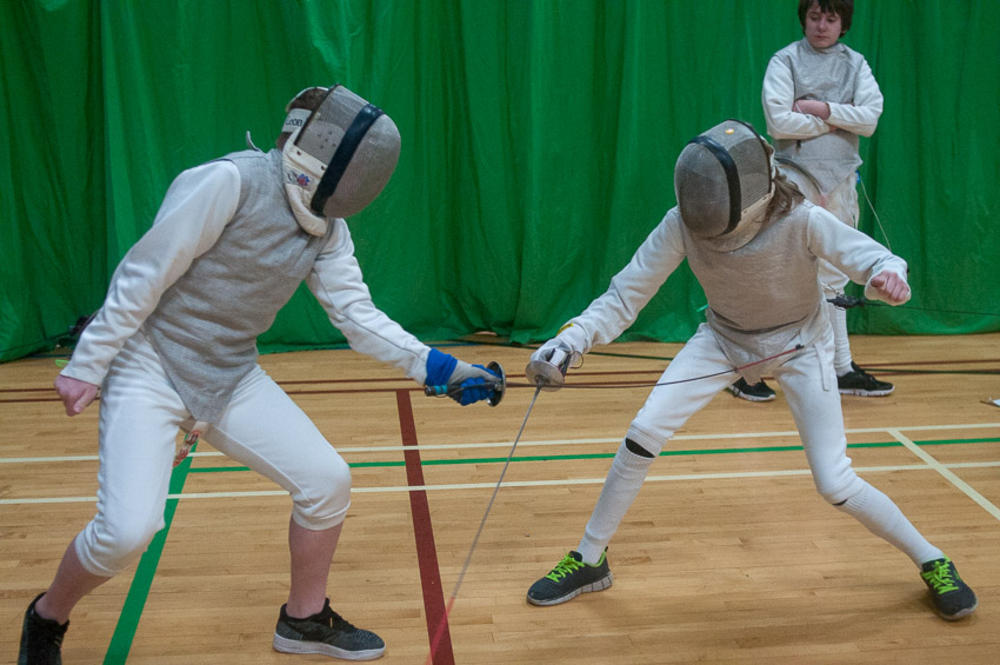 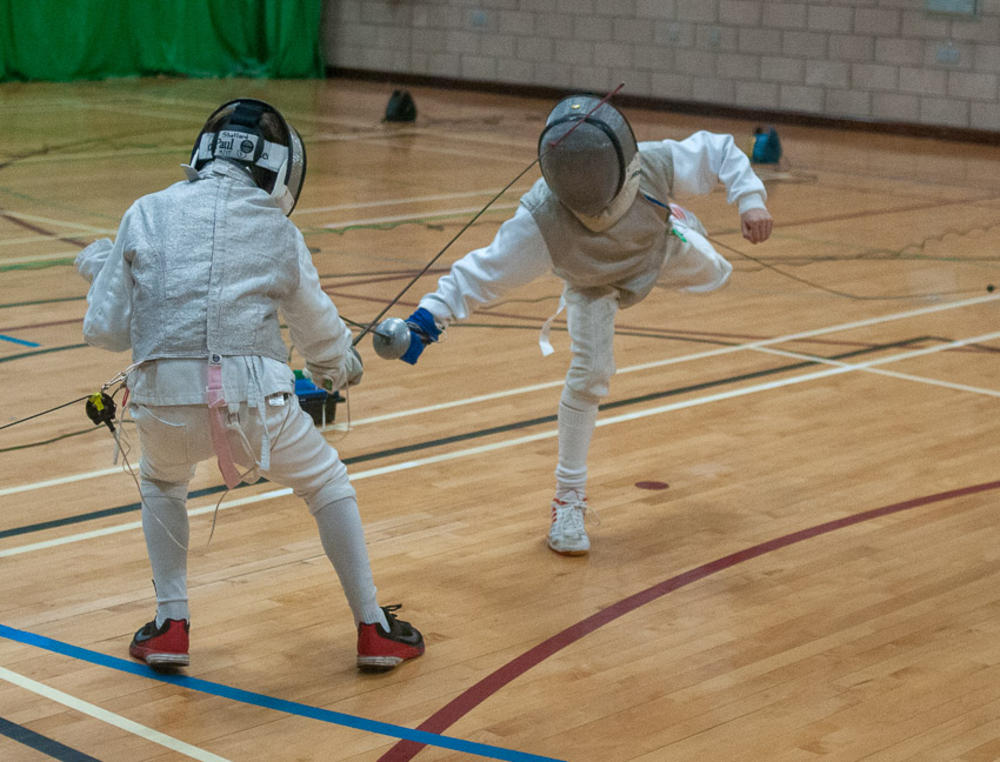 James, left, and Murray in last 4 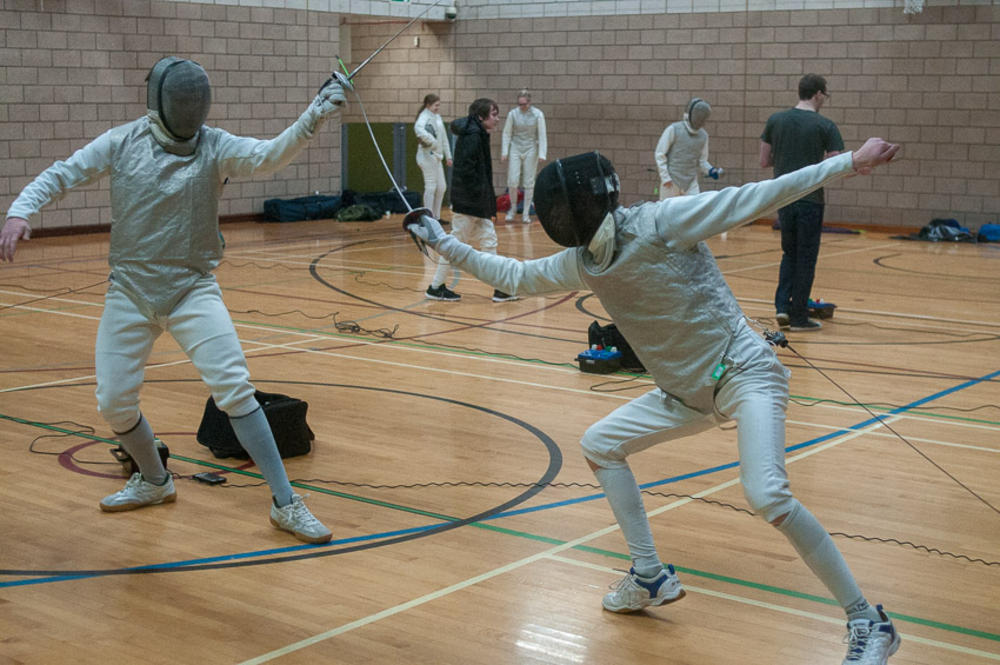 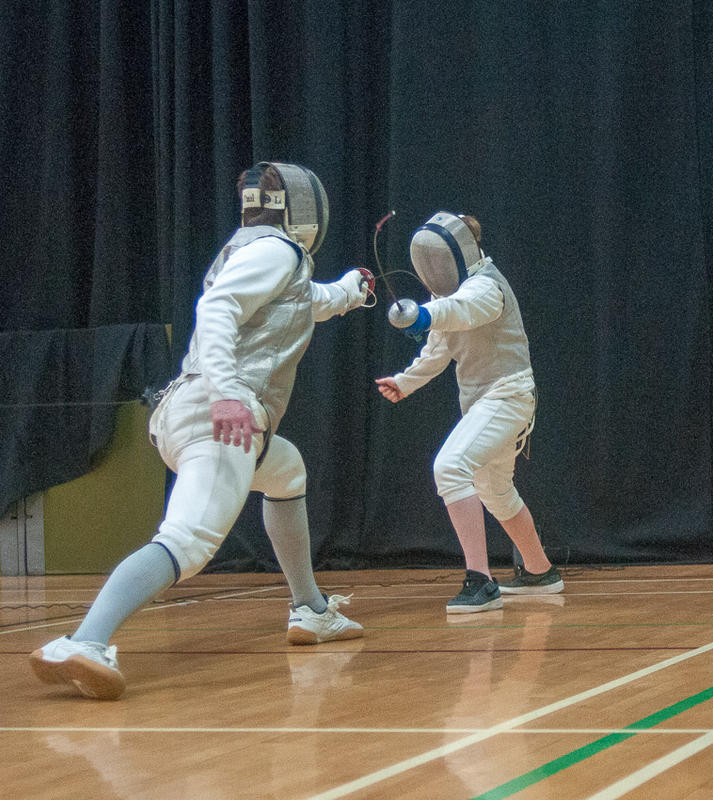 Max, left, and James in the final 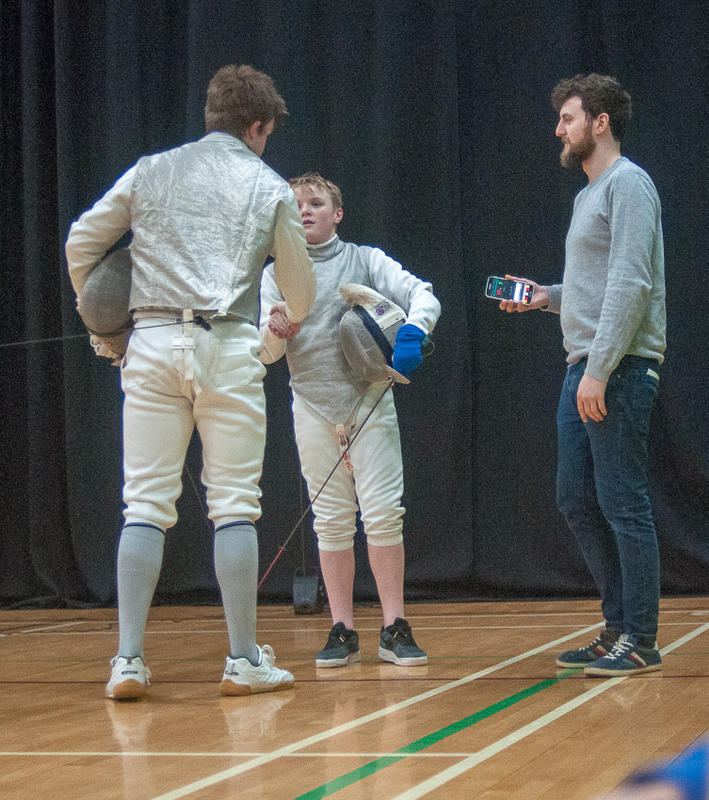